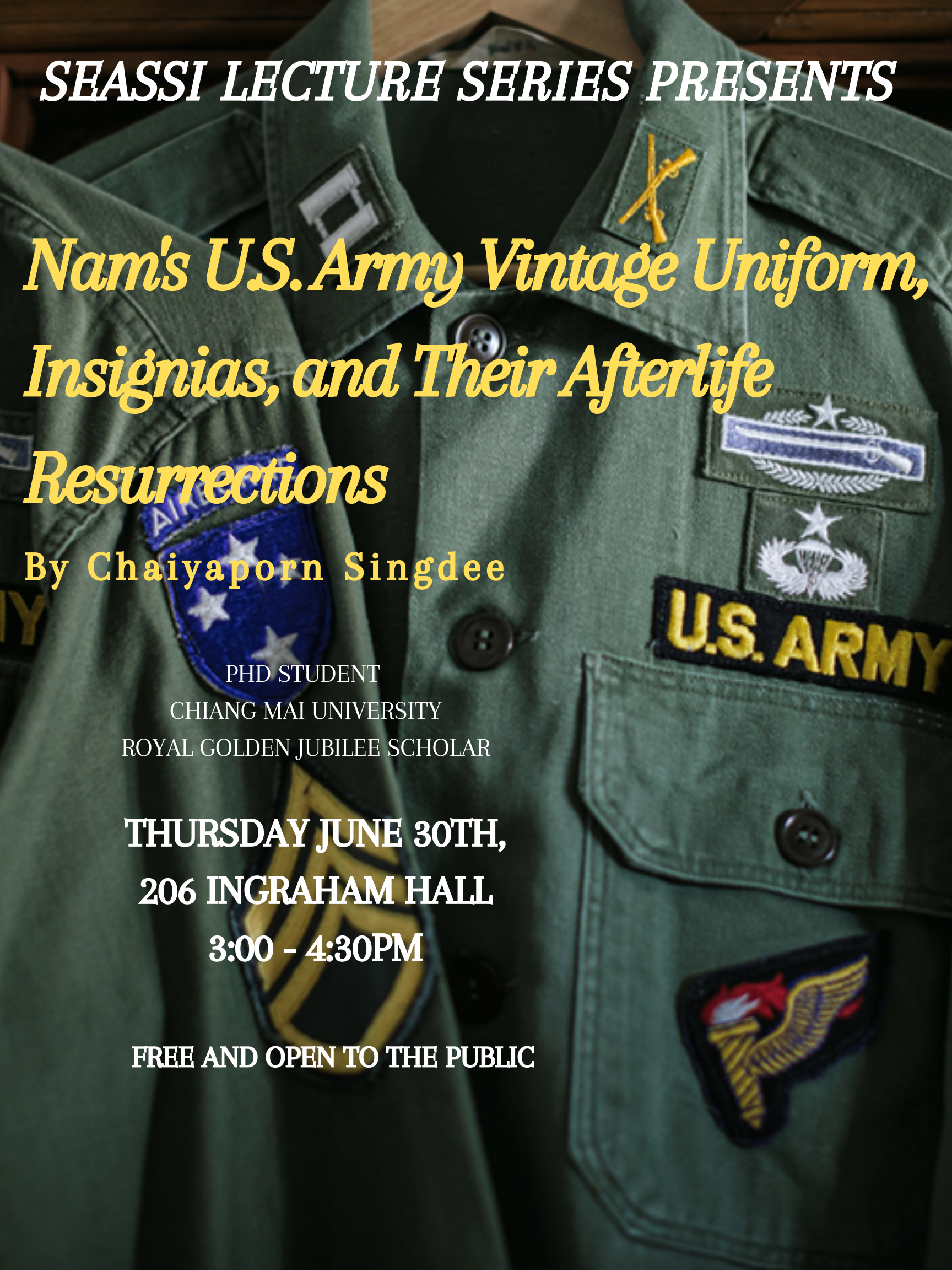 The economic power and global appeal of the second-hand clothing industry has skyrocketed since the 1990s. Before the 1990s, secondhand clothing was primarily consumed because of its affordability. A sharp increase in the appeal of secondhand clothing happened due to a new set of cosmopolitan consumers who seek out secondhand clothing despite their ability to afford new clothes. Globally, secondhand clothing often begins as donated goods from developed countries that find their way to the Global South through charitable organizations. Then, these objects go through various stages of market-based transformation in several locations before reaching consumers. These cosmopolitan specialists look for “vintage” and rare pieces. Market-savvy consumers in the Global South seek out vintage secondhand clothing as a way of connecting with the past and memories in the process. In Thailand, one of the most sought-after vintage categories is military clothing of the U.S. Army, especially from the Vietnam War period. Pursuing and purchasing original and authentic US military uniforms and insignias of the units engaged in combat are highly desirable for Thai collectors. Using social media and internet-based research, these specialist-consumers obtain detailed and specific information on various U.S. army divisions and how insignias once were exhibited by military personnel during the war. Through collecting and trading, they learn and make sense of the Cold War events on their own and create memory through their experience and relationships with the materials to construct new preferred identities and possibilities. These consumers thus establish ways of engaging with memories and materials of war in manners that are distinct from dominant Western views of the war. Attending to the role of collectors’ networks in negotiating, acquiring, and trading cold war materials, this paper aims to understand the motivations behind U.S. military vintage clothing collectors, and how they have come to treasure and recreate memories of the cold war through hybrid relationships.